As a routine practice, women plaintiffs receive lower damages awards than men. The use of gender-based actuarial tables to determine loss of future earnings in personal injury and wrongful death cases has had pervasive negative consequences in civil litigation.

The practice of using gender-based data in damages awards relegates women to a number instead of looking at individual circumstances. Times have changed, and so should procedures for calculating women’s damages awards.

Civil damages are easy to determine when actual losses, such as medical bills, can be quantified. But what about when it comes to compensation for future losses? Lost future earnings damages award the plaintiff for lost potential to earn money. The damages associated with career-ending injuries resulting in lost future wages can also mean reduced social security or retirement earnings. These numbers aren’t randomly selected but are based on the plaintiff’s demographic characteristics.

The plaintiff’s past earnings are usually the starting point in determining lost future earnings damages and projected out through the plaintiff’s work-life expectancy. When making these projections, experts typically estimate a shorter work-life expectancy for women because they traditionally take time away from their careers for childbearing and caring for family. Then, when wages are calculated, economists factor in the gender wage gap, bringing the damages calculation even lower compared to the same calculations for a male plaintiff.

Women live longer but have a shorter work-life expectancy

Discrimination in women’s damages awards has historically been explicit. For example, in 1970 a federal district court assessed the lost earning potential of a 19-year-old woman with permanent brain damage by judging whether she was marriage material (they decided she was). Her settlement was cut in half because “marriage probably would have interrupted her career.”

Mothers have traditionally been more likely than fathers to have career gaps for unpaid household labor like childrearing. Decisions to leave work often happen because working parents lack support. With no mandated paid parental leave, the high costs of childcare, long work hours, and the spillover of work into other parts of life – for example, checking emails or being “on call” – parents may find themselves in a bind. When you look at lifetime earning potential, or calculating potential retirement income, women will never close the gap. The calculations will be based on lower earnings when women’s unpaid labor rearing the next generation has no value in the eyes of the law.

In 2018, only a little more than half of women in the U.S. had children. Even women who never do have kids will be subject to the same stereotype in the courtroom.

Gender bias is embedded in women’s damages awards because when calculating damages for wage losses, experts factor in the pay gap. In 2020, women make only $0.81 for every dollar a man makes. The gap exists at all education levels, worsens as a woman’s career progresses, and occurs in occupations where both men and women work.

The consequence of using economic estimates representing generations of gender discrimination is to perpetuate systemic disparities. Today, damages are still calculated in ways reflecting inequalities in wage and earning tables between men and women, preserving the gender pay gap that simply will not close, and inflicting long-term damage in earnings and retirement potential for women whose careers are often on pause during childbearing years.

In 2019, California enacted SB41, prohibiting the reduction of lost future earnings in civil lawsuits based on race, ethnicity, or gender. The bill’s sponsor noted that accounting for gender in civil damages awards “perpetuates systemic inequity” and sends the message that when you toy with disadvantaged populations, your liability will be lower.

The federal legislature promptly attempted to follow suit with the Fair Calculations in Civil Damages Act, which unfortunately never left subcommittee. If enacted, it would have prohibited gender discrimination by courts when calculating civil damages for future earnings.

Toward a more just and equitable system

The persistent use of gender discrimination in calculating damages is hardly surprising, given overall gender bias in the courtroom. The roots are deeply embedded. The Dean of Harvard Law School in 1955 asked Ruth Bader Ginsburg how she justified taking a seat at the law school from a qualified man.

Even in a profession that prides itself on justice, male privilege persists. Women lawyers early in their career earn 91% of what their male counterparts make. But that ratio increases with time, and by mid-career, women lawyers are only earning a median average of 78% of men’s salaries. In 2016, even women in equity partner positions made 44% less than their male colleagues.

Most men simply don’t have the same incentive to promote gender equality that women do. A 2010 article titled Untangling the Causal Effects of Sex on Judging found a female plaintiff’s likelihood of success increased 10% with a female judge. The bottom line is that women plaintiffs will never have equitable treatment in the courtroom until women in the legal profession do.

In order to maintain credibility, the legal profession must have a diverse group of lawyers in the forefront. From clients to juries, the optics of having people in leadership with the same old demographic characteristics is problematic. A universal human reality is that all people crave recognition, and clients must see themselves in their representatives to have agency in decisions affecting their lives.

While it’s tempting to look to Congress for the cure, an exclusively legislative bandage simply won’t work in these circumstances. The only real solution is to tackle the underpinnings of lower damages awards. That will require a closer examination of the persistent gender pay gap and family leave policies that perpetuate stereotypes in the courtroom. The solution has to be a combination of legal action and societal change.

Research shows that the gender pay gap has only decreased by $0.07 since 2015. Our country has a long way to go when it comes to eliminating gender disparity: equal pay for equal work, realistic childcare and parental leave options, gender equity in senior corporate positions, and much more. Unlinking gender-biased data from the calculation of civil jury damage awards is one step we can take toward this goal.

The Mass Tort Institute is a consortium of industry leaders dedicated to providing education, training, and networking opportunities for those advocating on behalf of mass tort victims. Join us and let’s start a conversation!

Note that biases in damage awards are not limited to gender. Significant biases also exist based on plaintiffs’ race, ethnicity, religion, and actual or perceived sexual orientation. For the sake of brevity, we will address these other types of biases in future blogs.

About the author
Wendy Porter Lynn’s desire to make the world a better place sent her running years ago from the oil and gas industry into a career in nonprofits. She relishes any chance to help slay a corporate dragon that is harming and exploiting people. Originally from New England, she has studied fine arts and sociology, written poetry, traveled abroad, and consumed way too much coffee. She lives in Houston with her wonderful daughter and a moody cat. 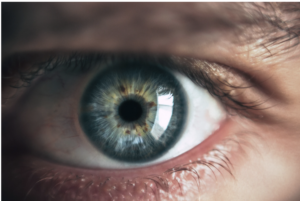 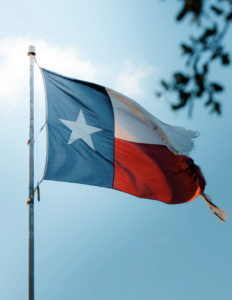 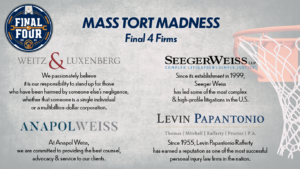 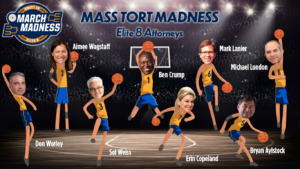