The industrial conglomerate 3M started life as Minnesota Mining and Manufacturing in 1902. Since that time, the company has grown into one of the largest corporations in the world, current ranked at #103 on the Fortune 500. Makers of Scotch tape and other widely used products, the company also has a long history of fighting and settling litigation alleging mass tort malfeasance. The list extends well beyond just dual-ended combat earplugs, the subject of an explosive, well-publicized ongoing multidistrict litigation effort.

This article is the first in an ongoing series that will examine 3M’s history as a defendant, its legacy of settlements and the strategies and tactics they’ve used to fight mass tort claims again the company.

The U.S. military and 3M have a longstanding relationship as commercial partners, something 3M actively touts. The parties have collaborated to develop products for use in military operations. The military has also been a customer of 3M’s, procuring products manufactured by 3M for use by enlisted members and combat veterans.

However, when 3M has been faced with recent mass tort litigation alleging military-related products have caused serious injury to military veterans, its attorneys turned to an eyebrow-raising defense strategy: Let’s use the military to shield ourselves.

The legal mechanism that allows them to attempt this is known as the “government contractor defense.” Its use has so far been denied in In Re: 3M Combat Earplug Products Liability Litigation, on its way to becoming perhaps the largest multidistrict litigation (MDL) in history. Its rejection by presiding judge Casey M. Rodgers cleared the way for the first handful of bellwether trials. 3M was found liable in the first of these cases, and a total of $7.1 million was awarded to three plaintiffs whose cases were consolidated.

The company also plans invoke the government contractor defense in the other active MDL involving it as a defendant, In Re: Aqueous Film-Forming Foams Products Liability Litigation, as a removal notice from New Hampshire and 3M’s own site on PFAS, the underlying chemicals at issue in the case, make clear.

If used successfully, or if restored on appeal, this defense could put 3M in the clear and absolve it from any legal liability.

What is the “Government Contractor Defense?”

This defense, and the three-part test to satisfy it, date back to a 1988 U.S. Supreme Court case, Boyle v. United Technologies Corp.

In a decision written by Justice Antonin Scalia, the Court identified procurement of equipment via a contract by the United States is a “uniquely federal interest.” As such, in limited cases, the federal policy interest, Scalia asserted for the majority, may displace or pre-empt a state law, such as “state law that imposes liability for design defects in military equipment”, if a “significant conflict” exists between the two.

What Standard Must Defendants Meet to Successfully Use This Defense?

The Court limited use of the test to only the fact pattern before it, namely those state military design defects laws. There is currently a split among the Circuit Courts of Appeals as to whether this government contractor defense can be used in non-military contexts. The Ninth Circuit has found that the defense is contained only to military instances, while the Third Circuit has extended the “uniquely federal interest” policy principles of the defense to the purchase of ambulances from the federal government.

In any event, 3M has grasped onto the Boyle test to position its defense in the two active MDLs, in which liability could collectively run into the billions of dollars.

Using the Defense in the Combat Earplugs Case—So Far, No Good

In his July 27, 2020, ruling, Rogers the judge in the Combat Earplugs MDL, rejected the argument that any contractor defense should apply for a simple reason. There was no contractual relationship in which the U.S. Army “actually participated in discretionary design decisions.”

In fact, during the development of the earplugs in dispute, Rogers writes, there was no contract in place between Aerao, 3M’s predecessor in manufacturing the earplugs, and the Army. The Boyle decision specifically points to the “obligations to and the rights of the United States under its contracts” as justification for endorsing the defense. Because the design specifications of the earplugs were never reduced to a signed contract, the uniquely federal interests defined by Scalia “simply do not exist in the absence of a government contract,” Rogers writes.

Turning to the actual three-prong test, Rogers finds that the Army’s failure to lay out “reasonably precise specifications” in a contract, or to even put out a request for design proposal or its own proposed specifications, defeats any argument in favor of the first prong of the test.

The 56-page order left 3M unable to use the defense during any bellwether trials related to the MDL. Now that one bellwether verdict against 3M has been issued, and two more may be coming soon, it’s a good bet the issue will come up again on appeal.

The plaintiffs whose cases are consolidated into In Re: Aqueous Film-Forming Foams Products Liability Litigation contend that the base chemicals used to produce aqueous film-forming foam, Per- and polyfluoroalkyl substances (PFAS), were known to be toxic. The exposure to these “forever chemicals” allegedly caused myriad safety and health issues, including drinking water contamination, reproductive problems and cancers.

On its dedicated “PFAS Stewardship” site, 3M offers a narrative history of aqueous film-forming foam, used to combat liquid fuel fires on military bases and in other industrial settings:

To summarize what 3M is contending with a straight face: We supported the Navy. It was their problem we helped solve using our chemicals. Naval scientists hold the original patent (though 3M has since been listed as inventor or assignee on a number of closely related patents). They still require something we don’t even make anymore. Ergo, it’s on them, not 3M.

However, given the close multi-year collaboration between the Navy and 3M in developing AFFF, detailed in depth here, the Navy’s original initiative in seeking a solution to fighting liquid fires and what seems to be 3M’s disavowal of its toxic concoction, perhaps the government contractor defense stands more of a chance in this instance than in the combat earplugs context. It will depend, of course, on an examination of the facts involving the design, drafting, testing and approval of the specifications and if any 3M behaviors can be construed as attempts to “warn” the Navy of AFFF’s inherent dangers.

Yet 3M has a recent history of settling cases involving PFAS-related contamination and injury. 3M settled one of these lawsuits, a single plaintiff matter brought by the State of Minnesota, for $850 million in 2018. The company has also taken pains to let the public know that it committed to assisting the federal government with PFAS remediation.

Could 3M evident “non-legal” guilt over PFAS’s  toxic legacy carry more weight than its argued-for disclaim of liability for AFFF injuries? Is protection of public health and safety a weightier “uniquely federal interest” than the procurement of equipment by the military? That remains to be seen.

In any case, military plaintiffs in these two MDLs and their attorneys should be aware that 3M either is deflecting or plans to deflect responsibility for the debilitating injuries caused by their products in both of these active MDLs. They plan to do it by exploiting their relationship with the military and to hide behind case-driven law that puts an unusual spin on the pre-emption doctrine.

Further study of and familiarity with the “government contractor defense” is an advisable undertaking as more and more potential seek intake and as more cases are transferred to the MDL courts.

O’Connor lives just outside of Houston, TX, and enjoys hiking, podcasting and cooking for his wife. 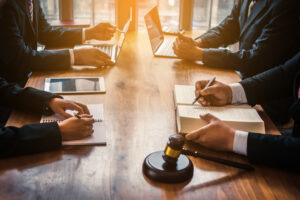 The Difference Between Mass Torts and Class Actions

The difference between mass torts and class actions is subtler when comparing other cases, as they often start due 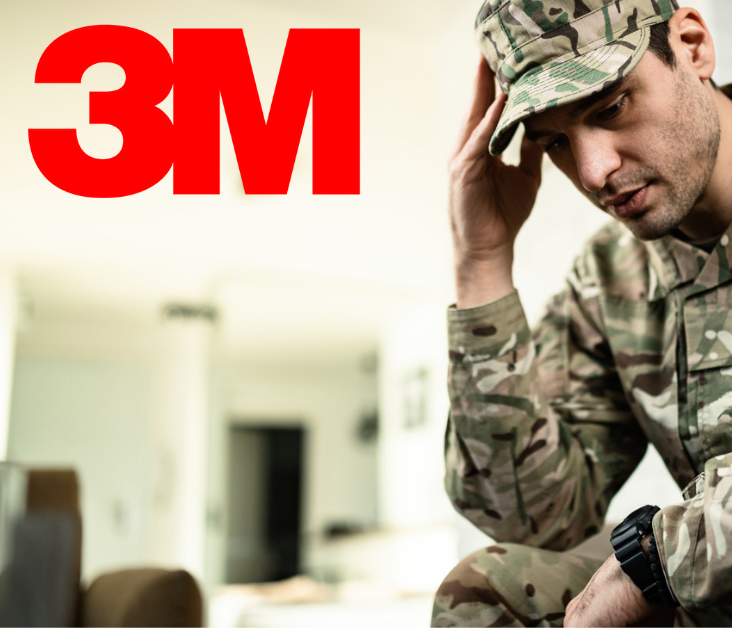 PrevPreviousMental Health Awareness Month
NextHow Can I Get My Staff Trained in Mass Tort?Next
Scroll to Top